Home Diet Tips How many calories in chestnuts? What are the benefits of chestnut? Can chestnuts be eaten on a diet?

It was a matter of debate whether chestnut, an indispensable food of the winter season, is included in the diet lists. How many calories are in the chestnut that comes out when the weather gets cold? Is chestnut, one of the delicious foods that accompanies the tea pleasures of the houses with stoves, especially in the diet? What are the unknown benefits of chestnut, which is a complete healing store? Here are the nutritional values ​​of chestnuts and all the wonders:

Chestnut, which is a food rich in fiber, entered our kitchen from the Ottoman period, and is preferred intensely in cold weather for both its flavor and the atmosphere it creates. Chestnuts, which are rich in minerals such as potassium, phosphorus and calcium, as well as vitamins B1, B2 and C, are consumed in snacks. In addition to being good against anemia with the amount of iron in the chestnut, it also protects the health of bone metabolism with magnesium and phosphorus. Nutrition and Diet Specialist Dyt. Anıl Öztürk stated that chestnut, one of the favorite foods of cold weather, is a complete healing store. Well, can chestnuts, which take a long time to absorb due to being complex, be consumed in the diet, how many calories are cooked chestnuts? Details are in our news…

Nutrition and Diet Specialist Dyt. Anıl Öztürk stated that chestnut, one of the favorite foods of cold weather, is a complete healing store. Ozturk, “Chestnut consumption has a protective effect against cancer. It also regulates blood pressure and protects the individual from cardiovascular diseases. It also has a rich content in minerals such as calcium, magnesium, manganese, phosphorus, zinc and potassium.said.

Nutrition and Diet Specialist Dyt. Anıl Öztürk said the following about the benefits of chestnut:

“The chestnut is neither a fruit nor a nut. Chestnut is a seed with plenty of fiber and carbohydrates, and usually the seeds have a high oil content. However, at this point, chestnut differs from other seeds by breaking the chain and having plenty of carbohydrates instead of oil. Chestnuts, which are also rich in vitamins, contain plenty of vitamins B1, B2, B9 and C. Chestnuts are also rich in minerals such as iron, calcium, magnesium, manganese, phosphorus, zinc and potassium. It is very useful for dental health, bones and blood circulation. It has protective properties from cardiovascular diseases and lowers cholesterol. Chestnut, which is also rich in flavonoids, is a good antioxidant and provides protection against cancer by protecting us from the negative effects of free radicals.

Saying that 3 large chestnuts have an average of calories equivalent to 1 slice of bread, Uzm. dit. Ozturk, “So when you eat 15 chestnuts in one sitting, you can think of yourself as eating 5 slices of bread and taking 350 calories to your body. Therefore, care should be taken not to exceed 5 pieces a day in order to maintain weight control. Chestnuts, which contain a lot of starch, which is a carbohydrate derivative, in particular, raise blood sugar at a moderate rate, that is, moderate. It is in the class of foods with a glycemic index. Therefore, diabetics should be especially careful about its consumption, and they should be consumed in a controlled manner in a special diet adjusted according to blood sugar and insulin monitoring.”he said.

HOW MANY CALORIES IN CHESTNUT? 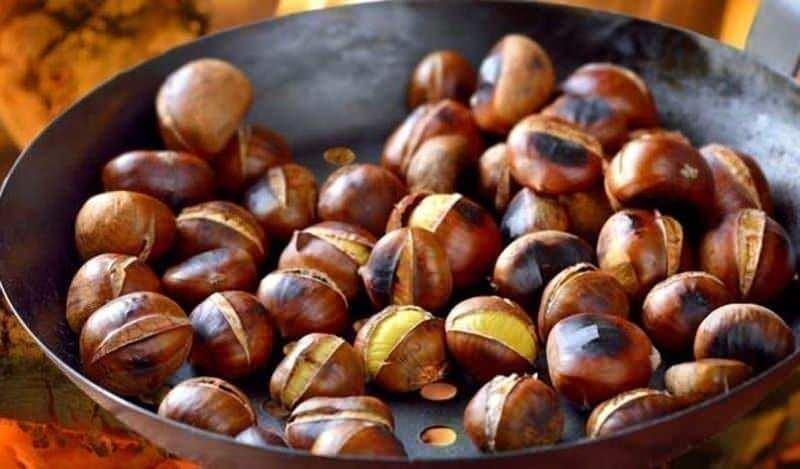 how many calories in chestnuts

HOW MANY CALORIES IN 1 COOKED CHESTNUT?

HOW MANY CALORIES OF ROASTED CHESTNUT?

– There are about 143 calories in 60 grams of roasted chestnuts. This measure is equivalent to a medium portion.

HOW MANY CALORIES OF BOILED CHESTNUT? 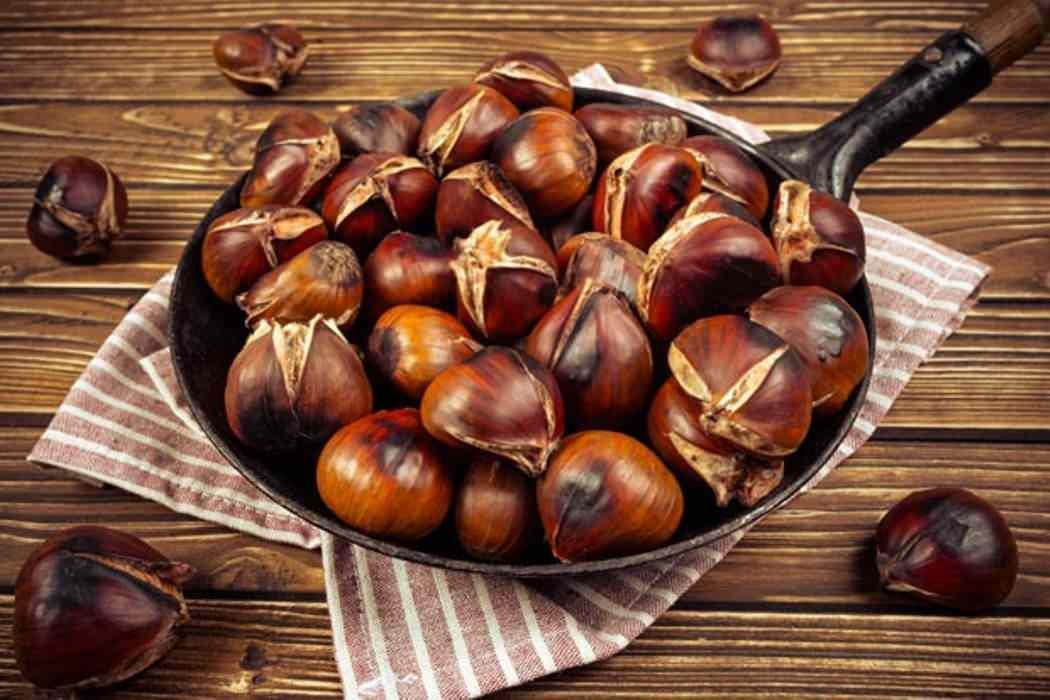 How many calories in 1 cooked chestnut

Stating that the healthiest chestnut cooking method is the boiling method, Uzm. dit. Öztürk shared the following information about how we can cook chestnuts:

“Chestnuts can be cooked in a pan, in an oven, on embers, or boiled. In fact, the healthiest method of cooking chestnuts is the boiling method. Because with this method, the calorie value of chestnuts with an increased moisture content decreases on the one hand. However, these amounts are valid when we consider chestnuts of the same weight. Because it is cooked with the boiling method, it should not mean that we can consume more.” said.

HOW MANY CALORIES OF CHESTNUT SUGAR? 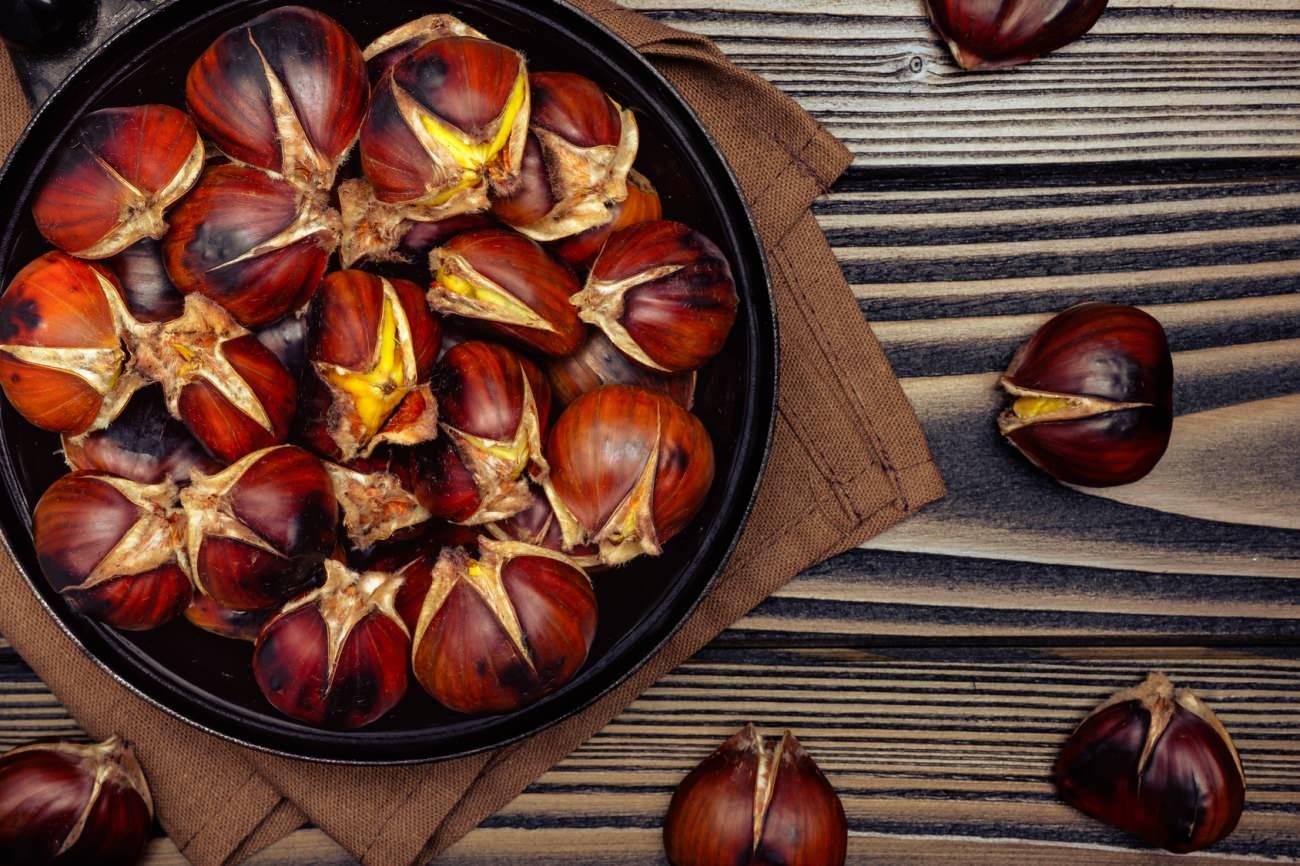 Does chestnut make you gain weight?

Chestnuts (cooked) can be preferred for snacks. It is a good food in terms of C and B group vitamins, potassium, magnesium, iron and phosphorus. However, when you consume it, it should not be forgotten that 3 medium chestnuts are equivalent to 1 slice of bread. 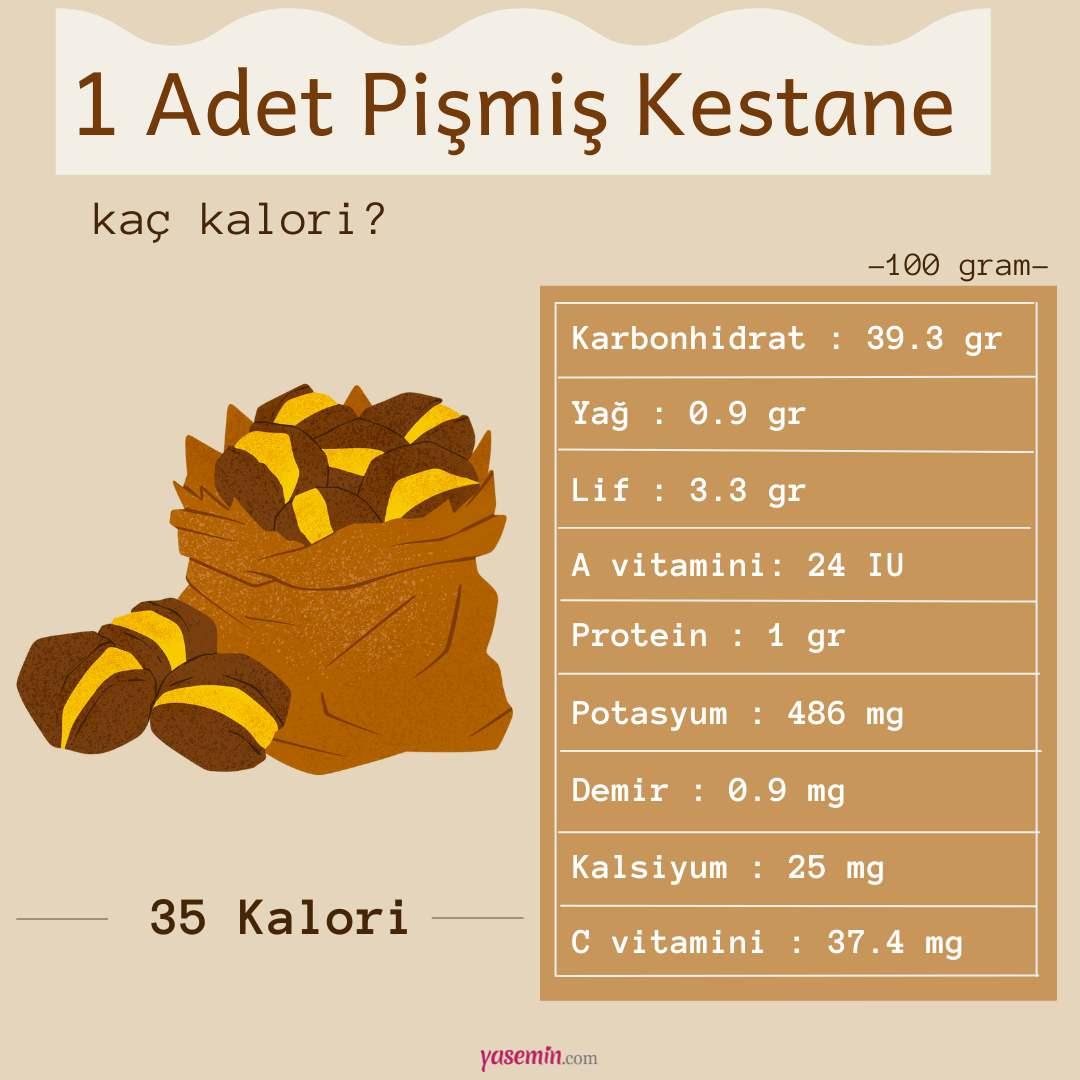