Home Diet Tips What are polyphenols? What are the Benefits?

Oxidative stress occurs when a large number of free radicals overwhelm the body’s natural repair systems. Free radicals are oxygen-containing molecules with an unequal number of electrons. This makes them unstable, so they look for an electron to pair with the strange one. Therefore, free radicals easily react with other molecules, leading to oxidation. Oxidative damage is the main cause of many chronic diseases.

Antioxidants work by donating an electron to free radicals. This donation makes the free radical less reactive, but the antioxidant itself remains stable. When this system is not working properly, your body is more prone to certain diseases. Polyphenols are the most abundant antioxidant in the human body and come from plant foods. Hundreds of polyphenols have been detected in foods. There are two main types: flavonoids and phenolic acids, which your recommended dietary intake is about one gram per day.

Different types of polyphenols and their food sources

Polyphenols are responsible for some of the bright and vibrant colors of fruits and vegetables.

How do polyphenols prevent disease? 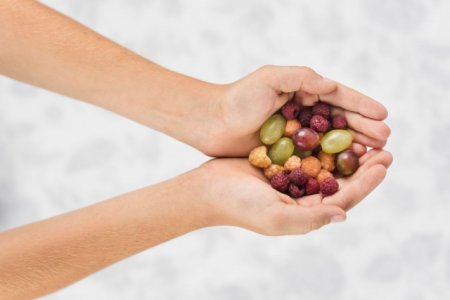 Due to their antioxidant properties, polyphenols can limit oxidative damage associated with aging and degenerative disease. This means that as we age, the risk of developing more common diseases such as cancer, cardiovascular disease and diabetes type II can be reduced with antioxidants such as polyphenols.

Heart disease Cardiovascular disease is the number one cause of death worldwide, according to the World Health Organization. Still, most cases of cardiovascular disease can be prevented by changing certain behaviors such as poor diet, physical inactivity, smoking and alcohol consumption.

Type II diabetes is preventable, just like cardiovascular disease. There is substantial evidence pointing to polyphenols and their ability to help prevent disease. Certain polyphenols such as resveratrol, quercetin, catechins and anthocyanins have been shown to lower bad cholesterol levels in the blood. They also lower blood sugar levels, both of which play a role in the development of type II diabetes. Dietary flavonoids are particularly important in the fight against diabetes. This is because they not only have anti-inflammatory effects, but also improve both glucose (sugar) and lipid (fat) metabolism.

We know that cancer polyphenols have anti-inflammatory and antioxidant effects, which should mean they can help prevent cancer. In fact, scientists have heightened their interest in polyphenols as it has been discovered that they can alter cancer cell growth.

Polyphenols are considered prebiotics because they feed the Bifidobacteria in your gut. Therefore, they improve the health of your gut by increasing the bacterial population. The antioxidant properties of some polyphenols also make them promising candidates for the treatment of inflammatory bowel diseases.

Another type of bacteria that has a special relationship with polyphenols is Akkermansia muciniphila. This beneficial microbe makes up up to 4% of your gut bacteria and is associated with lean body mass and obesity prevention.
Blood Disease Free Illness